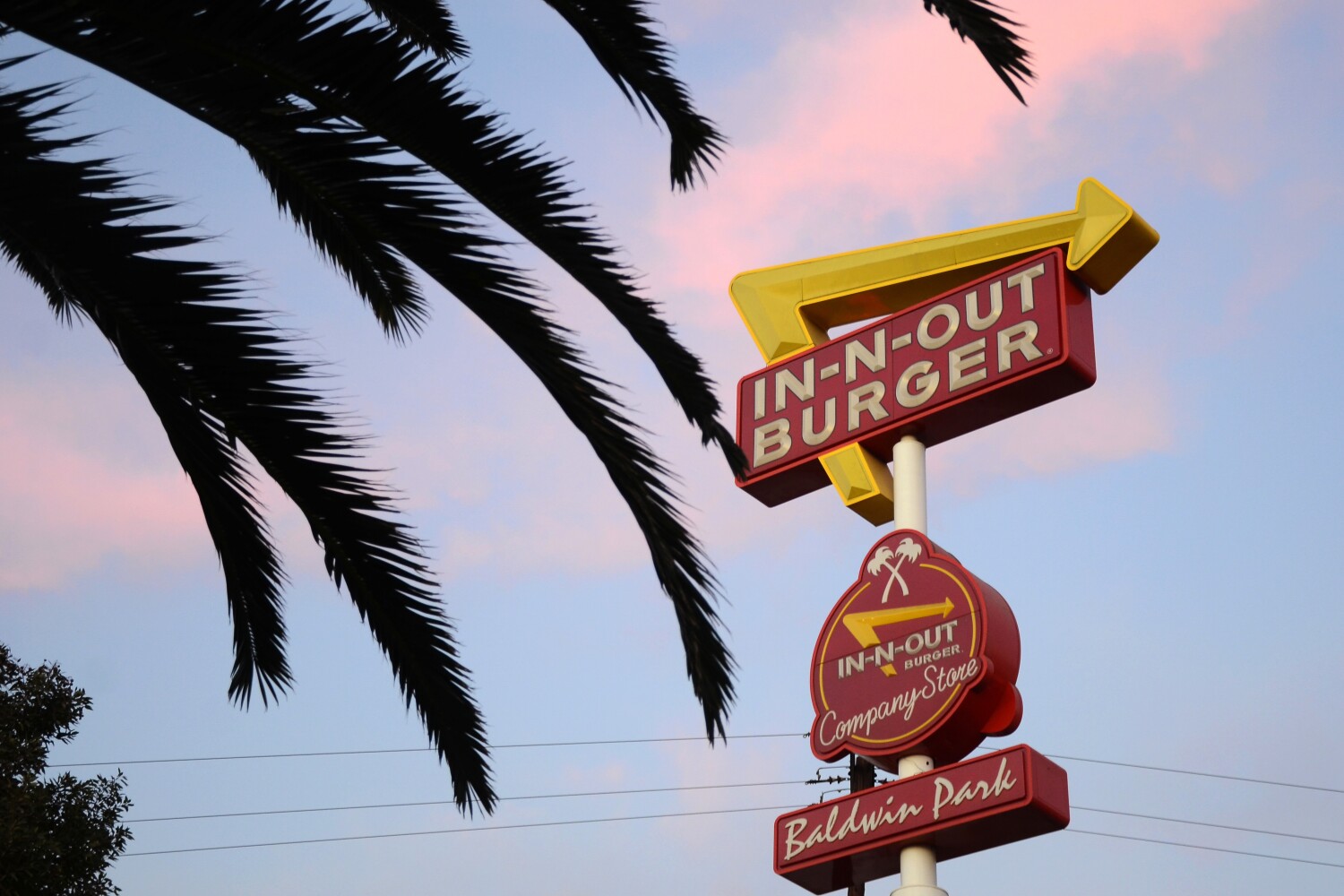 An In-N-Out Burger in San Francisco was forced to temporarily close earlier this month after failing to comply with the city’s proof of vaccination requirements.

On Oct. 14, representatives of the city’s Department of Public Health shut down the chain’s location at 333 Jefferson St. in Fisherman’s Wharf, according to a statement by Arnie Wensinger, In-N-Out’s chief legal and business officer.

Public health officials told employees they were being shut down because they weren’t stopping customers who didn’t have proper vaccination documentation from coming inside, Wensinger said.

In a statement issued to The Times, the city’s Department of Public Health said they issued a “final Notice of Violation and a Notice of Closure,” to the In-N-Out location for failing to comply with the city’s public health order.

The property’s owner was also issued a notice of violation, according to the city’s statement.

“Since the Notice of Closure was issued, the business has taken steps to comply and has since resumed operations for outdoor dining and take-out only,” according to the public heath department’s statement.

Wensinger said the location “properly and clearly” posted signs telling patrons about the local vaccine requirements but that public health officials told employees they had to “actively intervene,” and demand proof of vaccine and photo identification from every customer.

If customers couldn’t provide the proof and an ID, they were to be turned away, the In-N-Out executive said.

“As a company, In-N-Out Burger strongly believes in the highest form of customer service and to us that means serving all customers who visit us and making all customers feel welcome,” he said. “We refuse to become the vaccination police for any government.”

Wensinger called San Francisco’s mandate unreasonable, invasive and unsafe for employees to “segregate customers” into groups who can and can’t be served.

“We fiercely disagree with any government dictate that forces a private company to discriminate against customers who choose to patronize their business,” he said. “This is clear governmental overreach and is intrusive, improper, and offensive.”

The San Francisco Department of Public Health, meanwhile, said it stands by its enforcement actions.

“Vaccines remain our best tool to fight this disease and come out of the pandemic,” the public health officials said. “Vaccination is particularly important in a public indoor setting where groups of people are gathering and removing their masks, factors that make it easier for the virus to spread. That is why San Francisco requires proof of vaccination for indoor dining.”

In-N-Out Burger representatives were warned multiple times about the requirement, including during a visit on Sept. 24 after a complaint to the city’s 311 line, according to the statement.

Inspectors followed up on Oct. 6 and found the Fisherman’s Wharf location was still not complying with the proof of vaccine mandate, the statement said.

“Since then, public health inspectors had attempted multiple times to bring the business into compliance with the health order,” officials said. “In-N-Out Burger had not complied by the time the final Notice of Violation and a Notice of Closure was issued.”

The San Francisco In-N-Out location has been the only flashpoint so far between local governments seeking to enforce public health rules and one of the Golden State’s most beloved fast food chains.

But none of the In-N-Out locations in Contra Costa has publicly come into conflict with public health agencies so far.

In Los Angeles County, the rules are more relaxed.

The L.A. City Council recently approved an ordinance requiring proof of vaccination to enter indoor restaurants, shopping malls, movie theaters and other indoor venues. The rule goes into effect Nov. 4 and includes escalating penalties for businesses that don’t enforce it.

The conflict over vaccine requirements isn’t the first time In-N-Out has landed in hot water over its politics.

In 2018, the privately-held, Orange County-based company faced calls for a boycott from some in California’s Democratic Party over the company’s $25,000 donation to the California Republican Party.

In a statement issued at the time, Wensinger said the company donated equally to Democratic and Republican political action committees.