Pokemon Unite fans’ biggest arguments are centered around which item works well on which Pokemon.

For a while, there was a firmly established item meta. With the update that came along with Mamoswine and Sylveon, several new items have been introduced, including Razor Claw and Weakness Policy. Since then, some things have risen in popularity, while others flat out dropped from high usage. 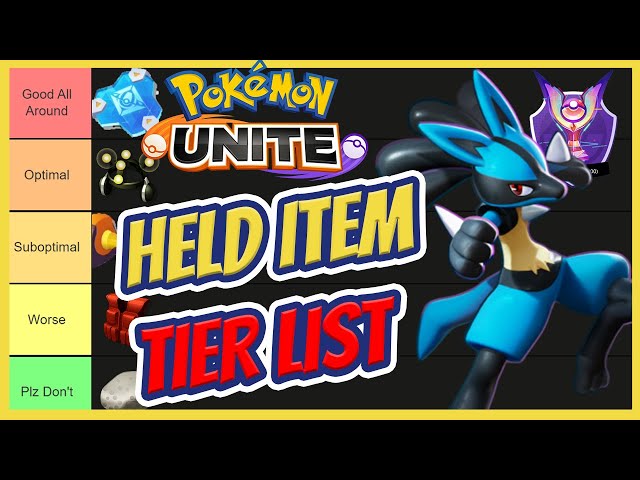 No matter which Pokemon anyone is playing, they can slap one of these items on and work well. Buddy Barrier has emerged as the best item in the game since players can pop one Unite Move during a team fight to give every teammate a shield (and hopefully score some kills as well).

Scoring can be difficult at times, which is why Score Shield is so valuable. Players can abuse this early to score often and get to an experience advantage. Focus Band allows Pokemon to live on low health, potentially saving themselves from death.

These items are all strong choices, although they may be Pokemon dependent. Muscle Band and Choize Specs are the best boosting items for Attack and Special Attack, respectively. Razor Claw has emerged as a great item to help crits that also scale based on Attack and slow the opponent.

These items are more situational. Scope Lens is great on Absol, but only decent on every other character. The Special Attack Specs and Attack Weight can be helpful, but only on characters capable of scoring often.

One item that can have some powerful capabilities is Energy Amplifier. This would synergize well with a Pokemon who likes to pop their Unite move often (Blastoise). Experience Share can help Support Pokemon keep up, but it usually takes a slot away from another item that Pokemon might need more.

These items should mostly go ignored, but they occasionally can have a use. Float Stone and Shell Bell were top-tier, but they provide very few benefits compared to the other items. Wise Glasses gives a slight flat Special Attack boost, which is negligible compared to the scaling from Choice Specs. Weakness Policy is also really niche, only working on characters like Lucario who work well with low health.

Most of the time, Pokemon Unite players can ignore these. Leftovers and Aeos Cookie give small amounts of health. Rocky Helmet does little bits of chip damage that don’t end up mattering. Assault Vest can be used to counter strong Special Attackers like Sylveon, but it only buffs Special Defense out of combat.