Op-Ed: Did vandals behind anti-Israel graffiti at UCLA’s Bunche Hall know the history?

Op-Ed: Did vandals behind anti-Israel graffiti at UCLA’s Bunche Hall know the history?

Information about Op-Ed: Did vandals behind anti-Israel graffiti at UCLA’s Bunche Hall know the history? 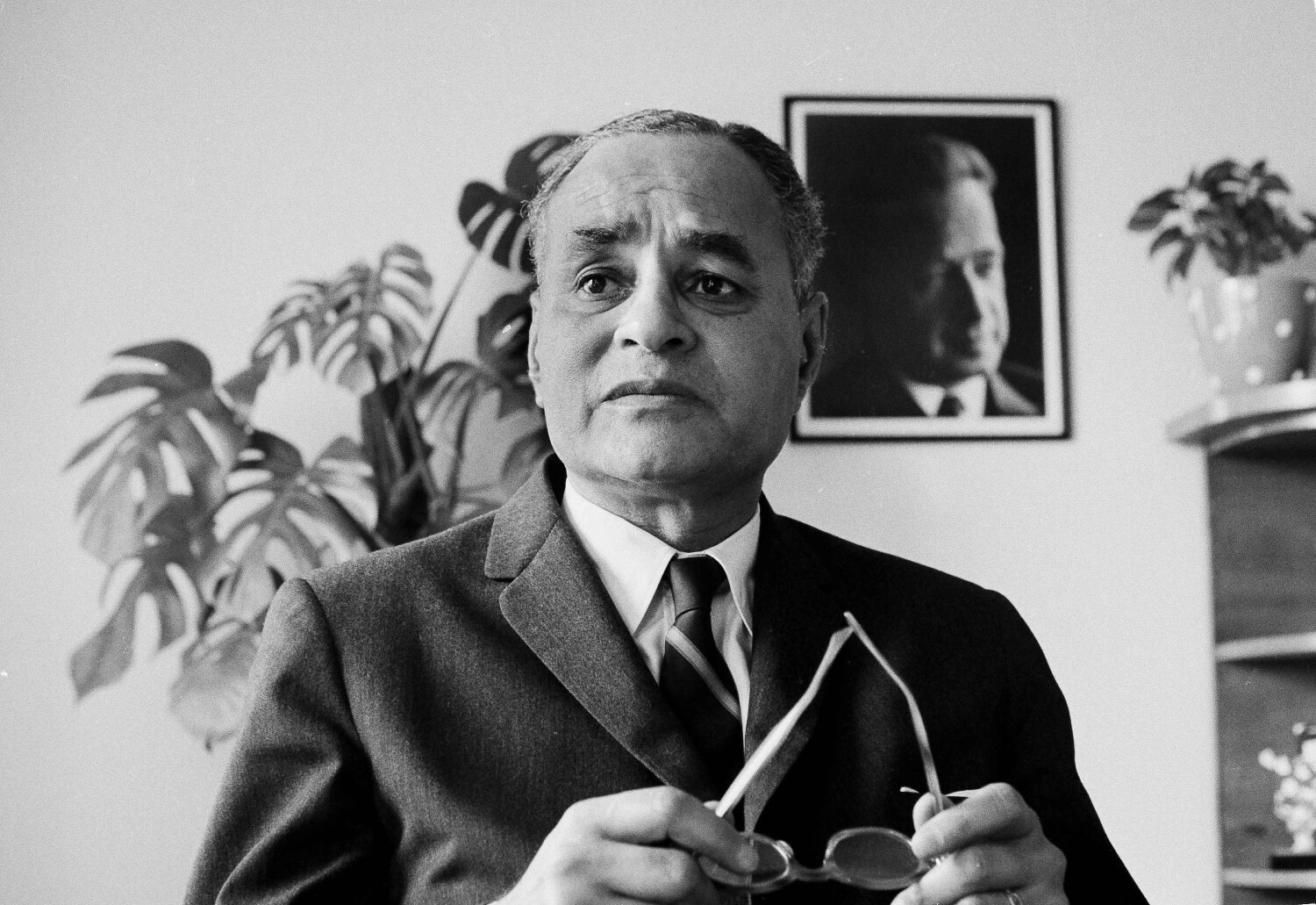 Last week vandals scrawled “Free Palestine from the river to the sea” on the wall of a classroom in UCLA’s Bunche Hall. The phrase has been used by groups such as Hamas to call for Israel’s elimination. It is not clear who did the tagging, and the university quickly erased the graffiti. But it is clear what the building’s namesake, Ralph J. Bunche, the first Black person to win the Nobel Peace Prize, would have thought of the message.

While Bunche is a forgotten figure to many today — even on UCLA’s campus, where the Center for African American Studies is also named for him — he was integral to the birth of Israel and supported the creation of a Jewish state in 1948. Yet he never lost sight of the plight of the Palestinian people or of the interests of the Arab states in the region. Indeed, in the late 1940s Bunche was attacked by one of his childhood heroes, the famed NAACP leader and scholar W.E.B. DuBois, for being insufficiently supportive of Israel and too focused on Arab demands.

Most importantly, Bunche believed in political compromise and the importance of viewing all people as worthy of dignity and respect. In a time when polarization and contention are reaching new heights in the United States and abroad, and the notion of middle ground seems suspect to many, Bunche stands out in his forthright belief in the power of mediation and mutual respect.

Ralph Bunche, a native Angeleno, received his Nobel Peace Prize in 1950 for his critical role as mediator between the young Israeli state on one side, and Egypt, Jordan, Syria and Lebanon on the other. An official of the then-new United Nations, Bunche went on to have a stellar career as a diplomat, nonpareil international troubleshooter and civil rights activist.

Bunche’s Middle East armistice negotiations, undertaken during the winter of 1949, were widely hailed as a dramatic breakthrough in what was, even 70 years ago, seen as an intractable conflict. So famous at the time that he handed out the best picture award at the 1951 Oscars, Bunche was introduced by Fred Astaire as “the man who achieved the miracle of peace in Palestine.”

In hindsight, Astaire overreached. Enduring peace has proved elusive. Yet Bunche came as close as anyone to achieving it, and his involvement in the region was not limited to the armistice accords he so painstakingly negotiated in 1949. Indeed, after his death in 1971, Israeli Prime Minister Golda Meir noted that there was “hardly anybody outside of Israel who was so intimately connected with the State of Israel from its very emergence.”

Bunche’s role in Palestine began before Israel’s birth. When the British Mandate for Palestine was drawing to a close after World War II and Britain asked the U.N. to take over the thorny issue of Palestine, Bunche was part of the team that travelled to the region to explore a solution.

The Special Committee on Palestine was integral to the decision of the U.N. General Assembly, in November 1947, to vote for partition of the region into two states, one Arab and one Jewish. This decision was rejected almost immediately by the Arab states, but it led to Israel’s declaration of independence six months later.

Then in 1956, Bunche was a key figure during the Suez Crisis, when France, Britain and Israel conspired to invade Egypt in the wake of Egypt’s nationalization of the Suez Canal. The resulting emergency pitted ally against ally as President Eisenhower, incensed at the invasion, brought America’s overwhelming power to bear to stop it. The U.N. General Assembly stepped into the fray, authorizing the first major use of U.N. peacekeepers, under Bunche’s direction.

Throughout this period — and beyond — Bunche remained the go-to person at the U.N. for Israeli, Arab and American officials seeking to manage the ever-brewing tensions in the region. Bunche found both Arabs and Israelis frustrating. He often complained about being dragged back into the endless strife of the Middle East. The only thing certain, he said in 1947, was that “the British have made a mess of things.” But Bunche was also proud of his accomplishments there and believed it was the duty of the international community to try, and try again, to forge a lasting and just solution.

“I am a professional optimist,” Bunche once said. “That is, optimistic in the sense of assuming that there is no problem … which cannot be solved and that, therefore, you have to keep at it.”

Today, Bunche deserves to be much more than a footnote in history. Those who struck at Bunche Hall were surely not thinking of the symbolism of desecrating a building that Bunche, UCLA Class of 1927, was himself very proud of. (He visited the campus in 1969 for the dedication, posing with one of his heroes, Kareem Abdul-Jabbar, in front of the tall tower.)

It is impossible to say with certainty what Ralph Bunche would think of the state of the Arab-Israeli conflict were he alive today — other than shaking his head at the fact that 70 years later it is ongoing. But he would surely say that only through negotiation, and not annihilation, can a lasting solution be forged.

Kal Raustiala is professor of law and director of the Burkle Center for International Relations at UCLA and author of the forthcoming book “The Absolutely Indispensable Man: Ralph Bunche, the UN, and the Fight to End Empire.”

The Latest News on Op-Ed: Did vandals behind anti-Israel graffiti at UCLA’s Bunche Hall know the history?