Salman Butt has highlighted New Zealand’s slow start with the bat as one of the reasons for their defeat in the T20 World Cup 2021 final. Speaking on his YouTube channel after the clash, Butt noted that the Kiwi batters took their time to settle in. While skipper Kane Williamson was successful in upping the ante towards the end, he was left stranded without any support from the other end.

He also pointed out that veteran opener Martin Guptill’s knock of 28 from 35 balls did not provide the team with a flying start. The right-hander did not make the most of the opportunity after being well set by failing to accelerate at a crucial juncture.

The 37-year-old noted that Australia did take New Zealand’s mistake into account and ensured that they paced their innings better. Mitchell Marsh, with his blistering knock, eased the pressure off David Warner as per Butt.

Having remarked two years ago that ‘most of Australia hates me’, Mitchell Marsh is now a national hero #T20WorldCup

Here’s what he said:

“It was an outstanding partnership between David Warner and Mitchell Marsh. Marsh’s role was to attack right from the word go. Both Warner and Kane Williamson took their time to get set and then looked to score runs at a frantic pace. However, New Zealand launched their attack very late in T20 World Cup 2021 Final.”

The ex-cricketer also believes the Kiwis did not have a bowling attack that could trouble the Aussie batters. He added that barring Adam Milne and the injured Lockie Ferguson, the Blackcaps do not have fast bowlers who can do the damage with their pace.

Considering the conditions in the UAE, it is a difficult ask to stop the flow of runs with just variations, according to Butt. He stated that Kane Williamson and co. were dependent on their spinners to bring them back into the game. But both Mitchell Santner and Ish Sodhi bowled terribly on the given day.

“New Zealand did not have the bowling that could trouble Australia. Apart from Adam Milne and the injured Lockie Ferguson, the pace of the other seamers is quite manageable. In such conditions, where there is not much movement on offer, it becomes difficult to contain runs, unless you have express pace.”

“Having an attacking approach like Australia always works” – Salman Butt

Butt, in the video, also opined that Australia often takes brave decisions, which is a major reason for their success in ICC events. He reckoned that they persisted with Steve Smith, while also adding an all-rounder in Mitchell Marsh to further strengthen their batting.

“Furthermore, the ploy to promote him up the order also paid dividends in the final and also against Pakistan in the semi-final. Their attacking approach is what makes them different from other sides. Having an attacking approach like Australia always works.” 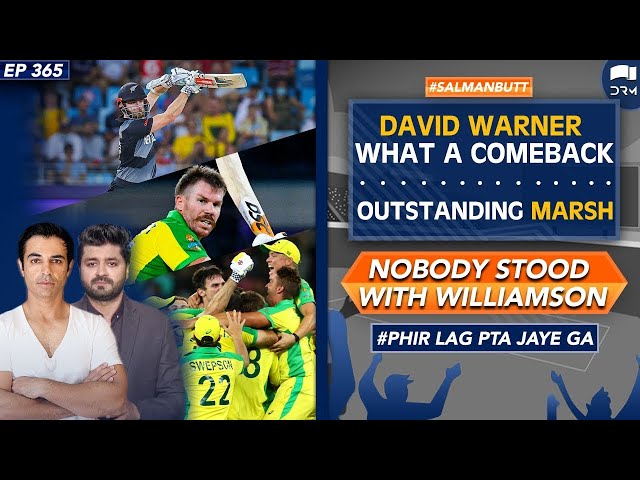 Q. Do you think Steve Smith can retain his place in Australia’s T20 side after the T20 World Cup 2021?