Nate Diaz’s speculated outing with Vicente Luque remains up in the air after the Stockton native claimed he hadn’t received a fight contract from the UFC.

Diaz took to Twitter to suggest that something might be wrong on Luque’s side with regards to finalizing the bout.

“I ain’t got a contract. It must be something wrong wit Luque”

Vicente Luque called out Diaz multiple times earlier this year. The 36-year-old eventually accepted the challenge and asked the UFC to book the bout for later this year. However, the promotion seemingly hasn’t given the green light for the matchup yet.

Vicente Luque is on a four-fight win streak, while Nate Diaz is on a two-fight losing skid

Vicente Luque hasn’t lost in the UFC since suffering a unanimous decision defeat at the hands of No.5 welterweight contender Stephen Thompson at UFC 244. He’s won his last four bouts against Niko Price, Randy Brown, Woodley and Chiesa.

After overcoming ‘Maverick’ in a thriller at UFC 265 in August, the Brazilian laid out a challenge to Nate Diaz. ‘The Silent Assassin’ reiterated his desire to fight the Stockton native earlier this month in an interview with MMA Junkie.

“We’re trying to make it happen. I know Nate wants it as well. He’s looking forward to fight in December, so it makes sense… It’s a big fight. I might not be that trash talker but I can fight.”

Watch Vicente Luque in conversation with the MMA Junkie below: 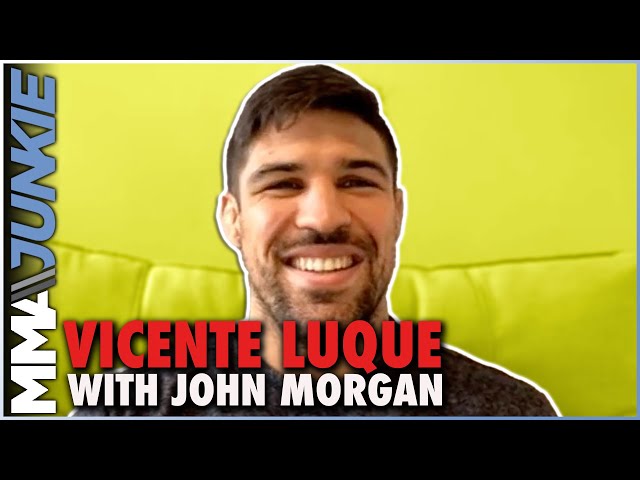 Nate Diaz’s last victory inside the octagon came against Anthony Pettis. He defeated ‘Showtime’ via unanimous decision at UFC 241 in 2019. He has since lost to welterweight contenders Jorge Masvidal and Leon Edwards.

Both Luque and Diaz want to fight in December. While the matchup makes sense and both men are open to it, it remains to be seen if the encounter will happen this year.