Apart from being an action-packed slugfest, the fight between Marvin Vettori and Paulo Costa set a new record in the UFC.

The main event of UFC Vegas 41 recorded the fourth-highest number of significant strikes landed in a single fight.

The three fights above this contest all featured Max Holloway, who has been leading the charts for the maximum number of strikes thrown in the UFC.

Marvin Vettori and Paulo Costa collectively landed a total of 353 strikes. The Italian led the numbers by landing 190 strikes on Costa. The Brazilian wasn’t far off as he landed 163 successful strikes on Vettori.

Marvin Vettori secured a unanimous decision victory (48-46 x3) against Paulo Costa at UFC Vegas 41. The Italian outstruck Costa on the feet, and despite losing the final round, did enough to secure the win.

Paulo Costa also eye-poked Marvin Vettori in the second round of their fight. The accidental strike forced referee Jason Herzog to deduct a point from Costa.

Max Holloway attempted a total of 746 strikes during his fight against Calvin Kattar. He broke his own UFC record for strikes landed (vs. Brian Ortega). Holloway landed 445 strikes on Kattar, setting a new record when the featherweights squared off at UFC on ABC: Holloway vs. Kattar.

Marvin Vettori spoke about his future in the UFC after beating Paulo Costa; claimed he’s not desperately chasing the title

Marvin Vettori spoke about his future in the UFC after putting on arguably his best career performance. Having already lost to Israel Adesanya earlier this year, ‘The Italian Dream’ stated that he was not immediately looking to fight for the title again. 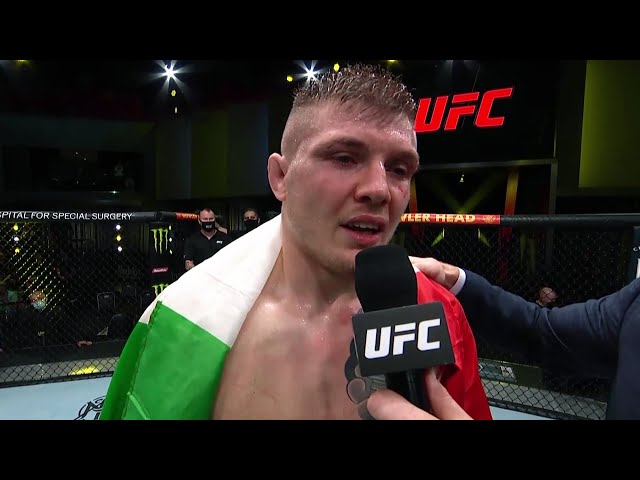