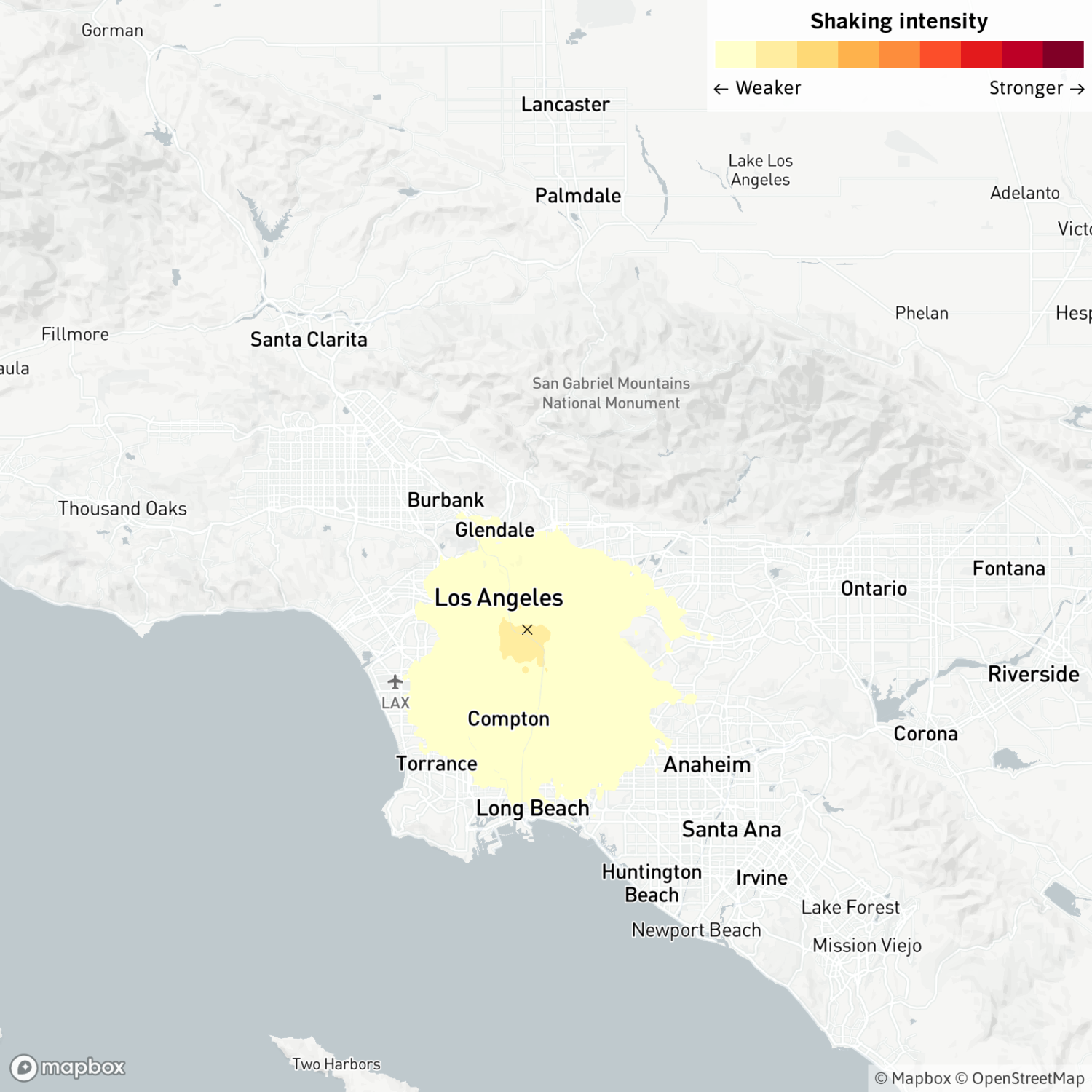 A magnitude 3.6 earthquake was reported Sunday at 7:01 a.m. less than a mile from downtown Los Angeles, according to the U.S. Geological Survey.

The earthquake occurred at a depth of 10.7 miles, which reduced how widely it was felt. There were no immediately reports of damage. According to the USGS, it was felt from Santa Clarita to Orange County.

“What you feel in a small earthquake like this morning depends on how close you are to it. Because it is 10 miles down, everyone is at least 10 miles from it. The closer you are, the sharper the motion,” quake expert Lucy Jones said on Twitter.

The USGS initially reported the magnitude as 3.9 and the depth of the quake as 10.6 miles, and later adjusted the figures to magnitude 3.6 and a depth of 10.7 miles.

In the past 10 days, there has been one earthquake of magnitude 3.0 or greater centered nearby.

An average of five earthquakes with magnitudes between 3.0 and 4.0 occur per year in the greater Los Angeles area, according to a recent three year data sample.

Did you feel this earthquake? Consider reporting what you felt to the USGS.

Are you ready for when the Big One hits? Get ready for the next big earthquake by signing up for our Unshaken newsletter, which breaks down emergency preparedness into bite-sized steps over six weeks. Learn more about earthquake kits, which apps you need, Lucy Jones’ most important advice and more at latimes.com/Unshaken.

This story was automatically generated by Quakebot, a computer application that monitors the latest earthquakes detected by the USGS. A Times editor reviewed the post before it was published. If you’re interested in learning more about the system, visit our list of frequently asked questions.

The Latest News on Magnitude 3.6 earthquake reported near Los Angeles