Dominick Cruz has given his thoughts on Francis Ngannou’s title reign and why an interim heavyweight belt has been created.

At UFC 270, Francis Ngannou will defend the undisputed UFC heavyweight championship against interim champion Ciryl Gane. ‘Bon Gamin’ was able to earn this shot, and the strap, back at UFC 265 when he defeated Derrick Lewis. The fight was reportedly booked because Francis Ngannou wasn’t quite ready to return to the octagon, “forcing” the UFC to go in a different direction.

Dominick Cruz, who has spent many years on the shelf due to injury, gave his thoughts on Francis Ngannou and his issues with the UFC. 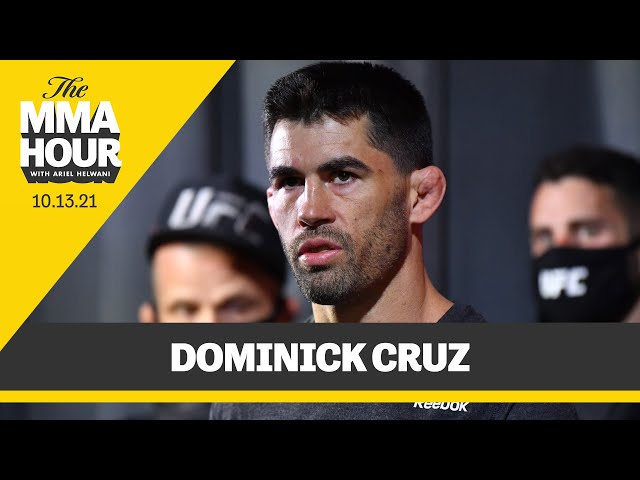 “Ngannou just spoke about that, asking why he’s so rushed all of a sudden now that he’s got the title. Why does he have to rush right into defending it? Well, when you have the title, you’re the king of the division. The division is waiting on you and that’s the responsibility of it.”

Is Francis Ngannou more motivated than ever?

As the weeks tick by and we get closer and closer to UFC 270, many believe Francis Ngannou will show how much he’s grown as he continues to prepare for one of the biggest fights of his life.

The technical prowess of Ciryl Gane has been cited as a possible banana skin for the great Francis Ngannou. After working so hard to reach the top of the mountain however, he isn’t going to give it up so easily.

The heavyweight division is really starting to come into its own. If ‘The Predator’ is able to get past Gane, there’s bound to be a whole host of other competitors waiting to try and snatch the belt away from him.

Francis Ngannou is a once in a generation kind of talent when it comes to his power. If he can’t put these issues with the UFC to one side, there’s a chance he could go in there with more emotion than he needs against someone as sharp as Gane.

The Latest News on Dominick Cruz on Francis Ngannou